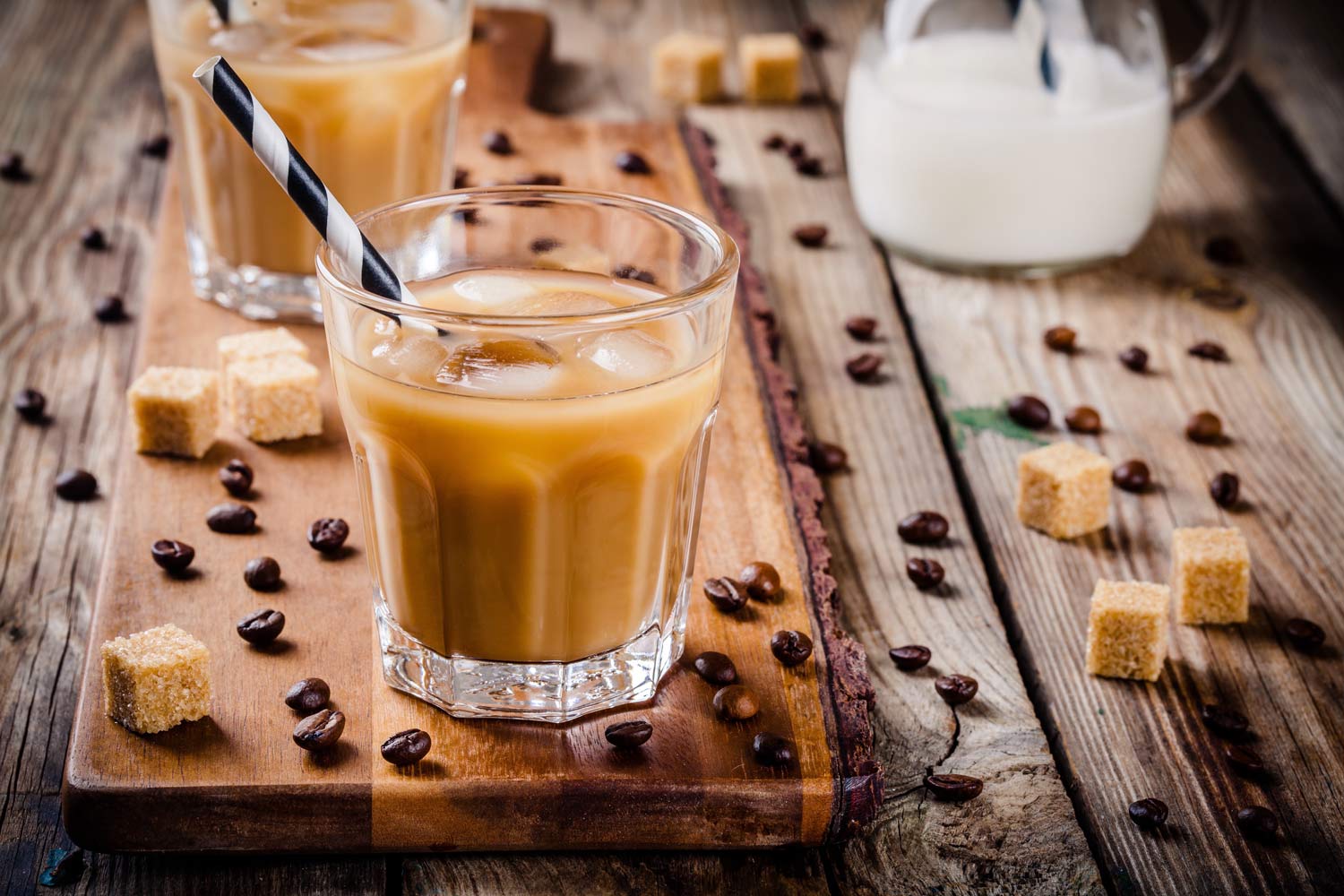 The long hot summer is finally here, which means it’s time to turn your attention to cool coffee drinks. There has been a huge explosion in this area over the last few years, which means, this year, there’s more on offer than ever. With the coffee world growing so quickly, it can be hard to keep up with every new innovative drink on the market. So if you’re looking to brush up on your knowledge, here’s a few key things you need to know.

Iced coffee is exactly what it sounds – coffee and ice. This is the generic term that covers a range of cold drinks including Iced Lattes and Iced Mochas and is essentially the same as a hot coffee, except it usually involves a higher concentration of coffee.

It can also be split into two fundamental groups based on the temperature of the coffee when it’s brewed. One type consists of a hot brew that has then been cooled, over ice or with cold milk while the other, cold brew, doesn’t require cooling.

As explained above, “Cold Brew” is a process of brewing that involves the extraction of coffee from ground beans brewed in cold water. The beans are soaked in water for a minimum of 12 hours, before they are filtered out. The resulting cold brew can be used in a variety of cold drinks, as well as cocktails, deserts and baked goods.

As we know coffee is a science, so it’s no surprise that brewing at different temperatures will produce different results. Cold brew coffee produces lower acidity (around 65 to 70 percent) and lower caffeine content than that of coffee that has come into contact with warm water.

Originating in Greece, the Frappe Coffee is a cool, milkshake type drink. It consists of a mix of instant coffee with sugar, water and sometimes milk. The coffee, sugar and dash of water are mixed together, usually in a hand-held shaker before being poured into a tall glass with ice. Traditionally, cold water is used to top up the glass, but milk can also be added.

A Frappe Coffee shouldn’t be mixed up with the Frappuccino, which is an American invention. This consists of brewed coffee or crème base mixed with ice and other ingredients for flavouring and is topped with whipped cream.  Rather than a variation of the Frappe Coffee, a Frappuccino gets its name from a mix of the word “frap”, the New England word for milkshake with ice cream and a “cappuccino”. They have evolved over the years to include non-coffee blended drinks like fruit smoothies.

As It sounds, Nitro Coffee is coffee infused with nitrogen gas and while it might sound futuristic, we have been doing this with our beverages for a while – think soft drinks and beers. The nitrogen makes the coffee foamier, which could explain why a glass of nitro coffee looks a little like a beer and is sweeter than your standard cup, meaning you don’t need to add sugar.