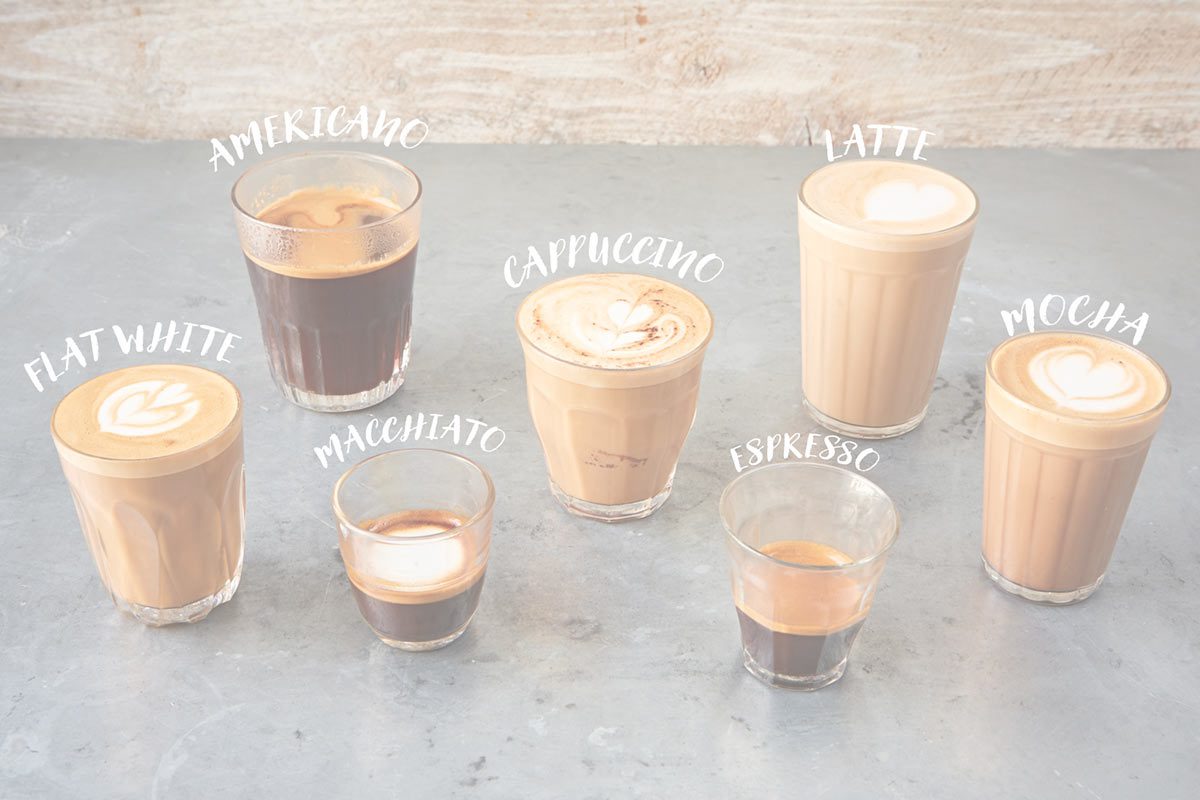 A Snapshot of Australian Coffee Consumption

Coffee is big business in Australia. With Australian cafés being an $8 billion industry, and coffee market reaching a revenue of over $2 billion in 2018, it’s unsurprising that Australians have a wide variety of preferences in the coffee they consume. The scale of the industry means that there’s a perfect cup out there for everyone. We’ve compiled a list of statistics that show some interesting ways in which Australians like to take their coffee. Whilst our coffee consumption is in some ways similar to that of countries like the United States and Canada, the coffee preferences of Australians are largely unique.

1. 33% of all coffees bought in Australia are lattes.

The second most popular coffee bought in Australian cafes are flat whites, which account for 24% of all coffee sales, followed by cappuccinos, which make up 19% of sales. 8% of all coffees sold are long blacks, and only 4% are espressos.

It’s not surprising that lattes are our favourite coffee. Australians love milky coffees, and lattes are a perfect balance between the flat white and the cappuccino. However our coffee preferences do vary state by state. In New South Wales, cappuccinos are actually the most popular.

This varies from state to state. Coffee drinkers in the Northern Territory, for example, spend on average $1 more than their New South Wales counterparts. The price of your coffee doesn’t just depend on where you are in Australia, it also largely depends on what kind of coffee you order.

Here’s a list of the average prices of Australia’s favourite coffee orders.

Whether for health, environmental or ethical reasons, milk substitutes are on the rise. It’s been estimated that the alternative milk industry in Australia is worth almost $200 million. Since Australians tend to prefer milky coffees over long blacks and espressos, it’s understandable that we also have a range of milks to choose from when it comes to coffee orders. Soy is our preferred non-dairy milk alternative, but nut milks are on the rise, with almond milk, coconut milk, macadamia milk, and cashew milk also making the list of top five milk substitutes.

This is even higher in some states and territories. In South Australia, 68% of coffees are paid for by card, and Northern Territory tops the list with 69% of cashless coffees. It seems like cashless coffee is on the rise, despite the average coffee costing less than $5. The shift away from primarily using cash to pay for coffee sometimes means that we’re paying more for coffee, with many cafés having a credit card surcharge for small purchases.

5. On average, Australians consumed 1.92 kilograms of coffee per person per year.

Out of this, 1.39 kilograms were roast coffee and 0.53 kilograms were instant coffee. Australia has a vibrant café culture, and we tend to love high-quality coffee, but we still overwhelmingly drink instant coffee at home. This speaks to our tendency to like both carefully crafted brews and coffee prepared instantly.

6. 23% of all coffees ordered at cafés were takeaways.

This places Australia fourth in the world as the country with the highest percentage of coffee-to-go orders, after Japan, the United States and Canada. This may also be due to our love for big, milky coffees which take a while to drink. In Italy for example, many people drink their coffees at the bar of a café whilst standing up, however because Italians tend to prefer espressos, they can do this quite quickly. In many European countries, coffee is hardly ever ordered on-the-go. In comparison, Australians love to order coffees to take to work or to drink during their commute to work. We also love to sip our coffees whilst out walking with friends.

Australians tend to prefer independent cafes rather than chains like Starbucks. In fact, there are only 43 Starbucks stores across the entire continent. In 2008, eight years after launching in Australia, Starbucks closed 70% of its stores due to Australia’s already well-established coffee culture. In fact, we’ve had a big coffee culture since the mid-1990s, when Italian and Greek immigrants popularised the espresso. Whilst chains like Starbucks aren’t as popular here as they are in the United States, many Australians still visit these chains, especially because they tend to open much later than independent cafés, and there are still lots of people who like an evening coffee.

Do you want to start your own coffee shop?