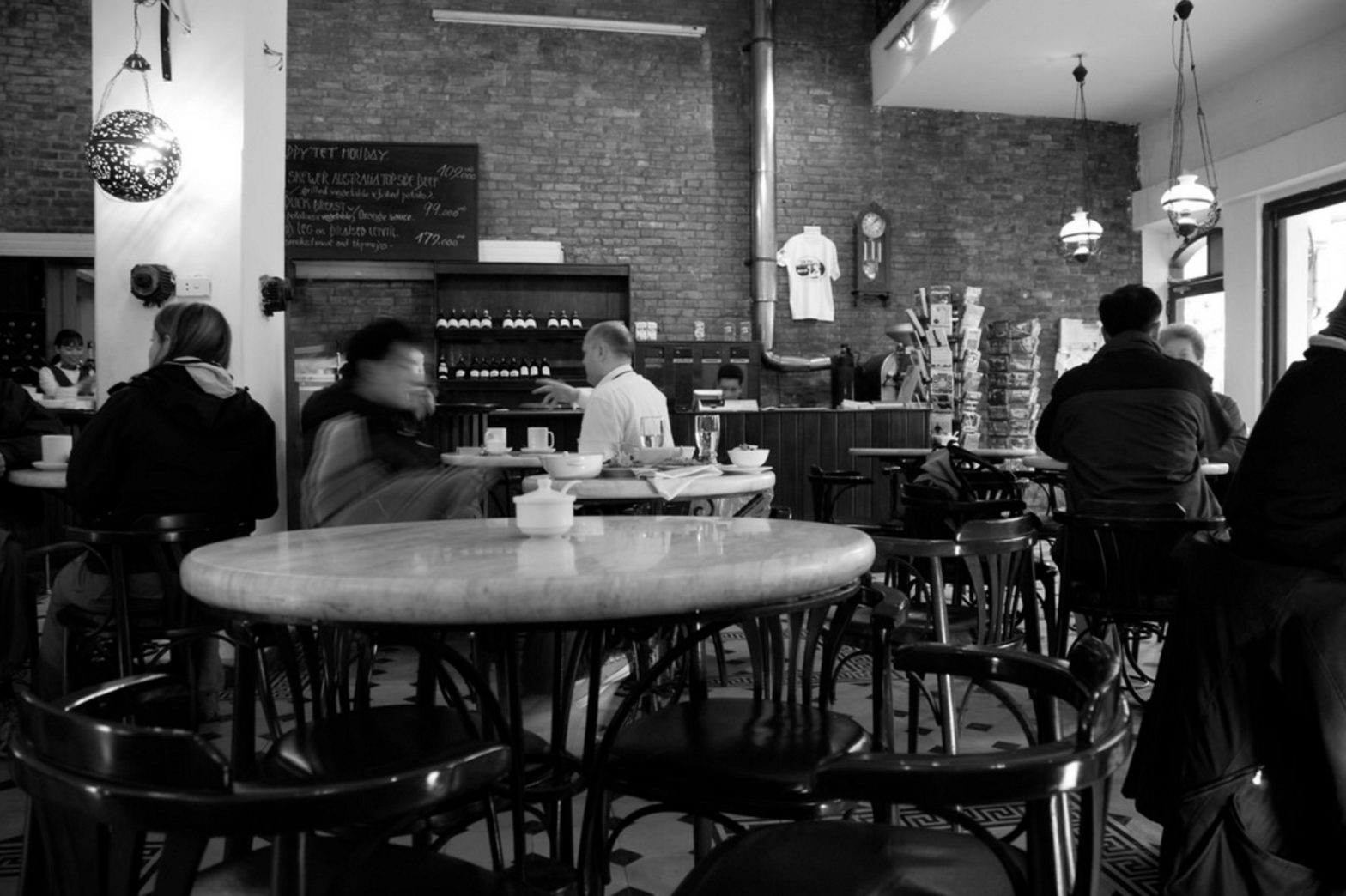 Espresso Coffee Vocab: How to talk the talk

Have you ever felt out of your depth when talking about coffee? Then this is the post for you!

Think of these words as the ‘must know’ coffee vocab phrases for every coffee pro.

Knowing the coffee origin is vitally important when talking about coffee, especially in regards to most black coffee – espressos, filters, French press or long blacks (basically any coffee without milk). Single origin coffee is a coffee that has been harvested from a single location such as Panama, Columbia or Ethiopia.

These destinations will always have differing environmental and atmospheric conditions that directly affect the way in which the coffee is grown. This directly translates to flavour! When tasting a single origin espresso for example, you do not just taste the way in which it was extracted. You are tasting the distinct flavour inherent to the original location of the coffee.

A combination of different coffee origins, in often different proportions, which are roasted separately and then blended together for a richer flavour. Blending allows for consistency as if there are any undesirable seasonal affects attributed to a particular origin, they are in a way catered for by the other parts of the blend. Blends allow for complexity in taste and are able to offer bolder and unique flavours.

An example of this would be a blend that delivers heavy chocolate and caramel undertones, with macadamia and cherry notes. This exact combination may only be achievable through a blend. Blends also offer a interesting level of strength or potency that doesn’t diminish in affect when milk is introduced. This means blends are usually the go-to product in most milk-based beverages – cappuccinos, flat-whites, lattes, macchiatos and piccolos.

The varietal is most easily explained as the variety that exists in the plant type that grows the coffee bean.

Known varietals include, but are not limited to, Typica, Bourbon, Catuai, Catimor, Caturra, Yirgacheffe, Sidamo, Geisha and Pacas. There are plenty more where these came from. Some varietals can only be grown in distinct areas; however, some are more common and can be found in a range of locations.

Once the coffee has been harvested, there are a variety of ways in which the coffee is processed that adds specific flavour to the coffee and can improve taste dramatically.

The differences between each of these processes usually comes down to the stage in which the skin of the bean is removed and whether or not the coffee is washed, dried or stored in a particular fashion.

Certain coffee origins exhibit different viscosities when extracted and therefore can be described as being either, syrupy, watery, thick or thin. Additionally, we can talk about coffee in terms of body. Body is how well rounded the coffee is, how much flavour is detected and what variety of flavour there is in the espresso.

Many of the same descriptors used for wine can be applied to espresso as espresso can have acidic notes, fruit-based aromas, herbal/spice notes, nut-like flavours and can sometimes taste fermented among other things. We also talk about espresso in terms of finish. The finish is detected after you have completely consumed the espresso and is a distinct flavour that remains on the palate for quite some time. This is also the reason why sparkling or mineral water is sometimes served with espresso in order to cleanse the palate before tasting.

Texture in the coffee industry is usually used to describe the quality of milk. Many differing views exist in regards to the proper process involved in texturing milk. When steaming milk, an ideal texture can be obtained by introducing most of the air into the milk at the start. The reason for introducing air into the milk early in the process is that it allows for more time for texturing. Texturing is the process of spinning or folding the milk over itself in the jug and is done by adjusting the angle of the steam wand relative to the jug.

By adjusting the steam wand so that it points more towards the edge of the jug and less towards the centre, texturing can be achieved. Properly textured milk not only gives the barista the ability to pour latte art, but actually improves the overall taste of the beverage.

You may have heard baristas talk about splitting milk. It is a pretty useful concept that is basic, but harder than expected to implement. When steaming and texturing milk, the idea is to steam froth (or foam) in a way that it is combined with the milk and not separate from it (sitting on the surface). The end result is milk that has minimal bubbles and looks glossy, like wet paint.

Due to the quality of this milk it can be split from one jug to another yet still retain the same amount of froth in each jug. The idea of splitting allows for consistency between beverages when two milk-based coffees are being made at the same time. An example of this is pouring two large take-away coffees at the same time. The barista (or person steaming the milk) would not waste time by steaming two individual jugs, but rather steam a large jug (950ml) and then split the milk evenly between coffees. This is achieved by pouring milk into one beverage until it is ¾ full, then filling the next beverage all the way to the top. The next step is to return to the ¾ full coffee and top it up.

This is done so that each beverage has the same amount of froth. Splitting is also vital in a busy environment as it allows baristas to achieve maximum consistency between beverages in the shortest time possible.

For anyone interested in making coffee or simply drinking it, it helps to know what to talk about. Never stop learning – it makes the entire process much more fun!